The Friends of the Minneapolis Public Library put on their 6th Annual Favorite Poem Celebrity Reading. As noted by the Fanhouse and by Randball, Minnesota Vikings Head Coach Brad Childress would be one of the readers. 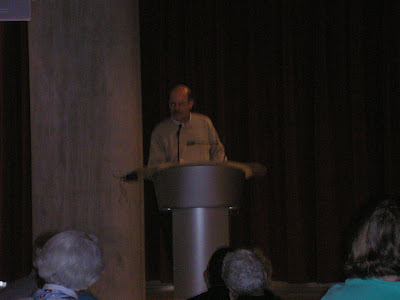 The crowd featured the usual suspects you'd expect at a cultural event in the Twin Cities (we all looked like the kind of people that support public television). Perhaps not the crowd Childress is used to addressing, though he fit right in. 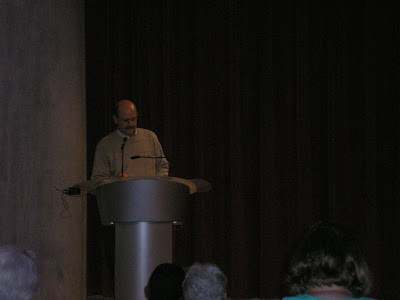 It's wasn't exactly a highbrow poetry event. The first reader (Andrew Zimmern) read a poem by Roald Dahl, and one speaker read a poem by her junior high student. That was nice and all--the student was there, it was quite an honor for her, I'm sure. But at no point did I expect anybody at the podium to wax eloquent on T. S. Eliot or read a poem by Keats or anything. 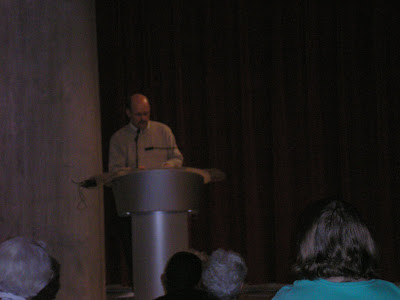 Childress read Will Allen Dromgoole's "The Bridge Builder." After being introduced, he quipped that after today, he didn't think he'd quit his day job (har har). He talked about how the poem meant a lot to him because life isn't always easy. Sometimes it's hard and there's somebody there to help you through it. 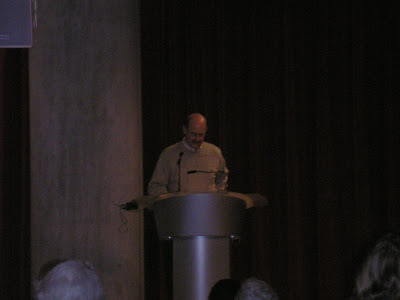 It was a low-key event on a Thursday afternoon--a surprising spot to find one of the NFL's 32 head coaches. But poetry readings are always fun, and other celebrities included WCCO's Amelia Santaniello and MPR's Kerri Miller (I recognized the voice as soon as she spoke).

Thank you, Friends of the Minneapolis Public Library for a fun little afternoon event.
Posted by Pacifist Viking at 1:30 PM