The Viking Quarterback Situation and the Draft 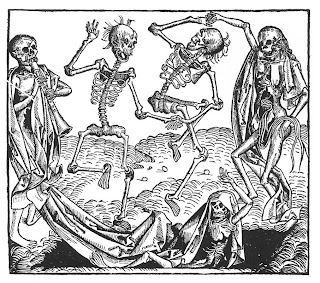 The Vikings currently have three QBs on the roster with a combined 10 career TD passes between them: Tarvaris Jackson with 2, Brooks Bollinger with 7, and Drew Henson with 1. As it happens, that's almost as many TD passes as the Vikings had as a team in 2006 (13, including TD tosses from RB Mewelde Moore and K Ryan Longwell).

If you're rebuilding, that's fine. But the Vikings shouldn't be rebuilding with the dominant defense they have: they ranked first in rushing yards allowed and yards per attempt allowed, 8th in total defense, and 5th in defensive passer rating. With a defense like that, this team should be building to win now.

If you have solid offensive talent around the QB, that's fine. You can plug an inexperienced QB into an offense and make it functional if you've got good WRs for him to throw to. But the Vikings don't have good WRs to throw to: Billy McMullen, Bobby Wade, Troy Williamson, and a few guys that spent most of '06 on the practice squad aren't going to help an inexperienced QB to reach maximum potential quickly.

Knowing that the Vikings have no proven commodities at QB, and given that they have one of the worst WR corps in the league, how do the Vikings approach the draft?

Drafting a QB could give you a potential superstar, but it obviously goes nowhere toward solving the problem of a lack of proven commodities. I would like the Vikings to draft Brady Quinn--he's got spectacular college numbers and the tutelage of Charlie Weiss. But if they draft Quinn, we would be looking at '07 or '08 for dividends to be paid (forgive all this marketplace imagery, but even the Bard occasionally used the language of capitalism to make a point). IF Brady Quinn is going to be a superstar QB, struggles in '06 would be well worth it. If you have a chance to have a stud at the QB position, you have to take it for the long-term good of your franchise (I don't think Colts fans are too upset about the 1998 season).

The other possibility would be to improve the WR corp. If the Vikings do not draft a WR in the entire 2007 draft, I will consider shutting this blog down. They absolutely need to draft a WR somewhere, and I believe they absolutely will. Where will they do it, though? I'm not sure pick #7 is the place to select a WR in this year's draft. Early in round 2 (pick #41) would be a good spot, even though you're getting the WRs who had too many questions to go even late in round one (second-round WRs that made an IMMEDIATE impact are rare, but it would still be a good pick). Or you can hope for good scouting and good luck and take some WR(s) in round 3-7. Either way, drafting WRs should help Bollinger or Jackson perform better.

The Vikings are good in several areas. They've got a good run defense, better-than-it-looks pass defense, a potentially strong offensive line, and a good running game. While they lacked a consistent pass rush in '06 and must address that, the Vikes are absolutely horrid in the passing game. They MUST work to improve that. So if the Vikings don't draft either a QB or a WR (or two) on the first day of the draft, I fear '07 will be a lot like '06: a great defensive performance wasted by the team's complete inability to move the ball through the air.

If possible, the Vikings should draft Brady Quinn in round 1, and then spend the rest of the draft only taking WRs, DEs, and CBs. Get the franchise QB in round one, and hope you can get talented WRs in later rounds.

Or they could try trade for Daunte back, I don't give a shit.
Posted by Pacifist Viking at 2:42 PM