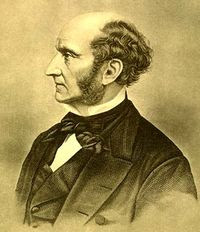 Full disclosure: I was a research assistant for the New Edition of the Encyclopedia of Censorship and for the Revised Edition of Banned Books: Literature Suppressed on Political Grounds. My commitment to free expression and open discourse is strong and overrides almost every other social or political view I have.

When MSNBC made the decision to cancel Don Imus's show, Imus's Constitutional right to free expression was not violated. The Constitution prevents Congress from restricting free expression (through prior censorship or punishment after the fact); it does not prevent consequences for that expression, and employers may restrict expression. Legally, there is nothing out of order.

Still, I'm disturbed how quickly and passionately people called for Imus to be fired over his words. They are, after all, words--hateful words that rightly disgust us, but words nonetheless. Should we respond by demanding Imus lose his job or his forum? Perhaps...but the consequences go deeper than you think.

In the 70s and 80s, Donald Wildmon found a lot on TV that offended him, and he actively campaigned against those shows. According to the Encyclopedia of Censorship, he was involved in a successful censorship campaign against the National Endowment for the Arts (13). For a fairly good summary of Wildmon's crusades against art and entertainment that offends his sensibilities, see Finan and Castro's "The Rev. Donald E. Wildmon’s Crusade for Censorship, 1977-1992." According to Finan and Castro, Wildmon tried to suppress "Television shows like Donahue, Wonder Years, Seinfeld, Major Dad, Roseanne, Murphy Brown, L.A. Law, Northern Exposure, and Quantum Leap" and "Movies like The Last Temptation of Christ and Ghost."

Wildmon was not successful in most of these attempts because he was in the minority; the majority of the country wasn't concerned with Wildmon's sensibilities, and if they didn't want to watch these shows and movies, at least didn't care if other people did.

But the majority doesn't usually need it's expression defended; the minority does. We want the minority to be free to express itself. That means the First Amendment protects all sorts of speech we hate, from denials of the Holocaust to white supremacy. We as a society respond to such despicable speech by either ignoring it or speaking against it, not suppressing it (there are hate speech laws against incitement to violence, however--a pretty reasonable caveat). This hateful speech is the side effect of an open society, but the benefits of an open society far outweigh the negatives (I still maintain that John Stuart Mill's On Liberty is the greatest argument for free speech ever written). Why do we protect speech we hate? IN ORDER TO PROTECT OUR OWN SPEECH. IN ORDER TO PROTECT SPEECH WE LOVE. IN ORDER TO PROTECT THE SPEECH OF THE MINORITY. You see, free expression should be the MEANS by which oppressed, disenfranchised groups can advance the cause of equality and tolerance. For the MANY benefits of free speech, we tolerate the fringe racists their speech.

Aside from the legality of the First Amendment (as I said, MSNBC doesn't violate the Constitution in firing Imus), we want an open society in which the minority can express itself, too. If you don't like said speech, don't attempt to suppress it: either speak against it, or ignore it. You're well within your rights to lambast Imus in any way possible. And yes, you're well within your rights to request Imus be fired.

When people call for somebody else's speech to be limited, they don't usually think about their own speech being limited. In his essay "Unnatural Killers," John Grisham calls for lawsuits against the makers of violent movies if the movies "cause" somebody to commit a crime; what he doesn't address is that as a novelist himself, his own expressions might be challenged in the law. If you are so quick to call for somebody to be fired for offending you, just consider that somebody else might be quick to call for you to be fired for offending him or her.

If you read the archives of this blog, I think you'll find I've been pretty consistent in my condemnation of racism and misogyny; I don't take Imus's hateful insult lightly. I'm not a reactionary believing that this white male is being victimized by the media.

But I also don't take free speech lightly, and as I dislike Imus's words, I can do two things. I can write about why I dislike Imus's words and convince others to dislike those words too, and/or I can ignore Imus in the future. THAT is how an open society works.
Posted by Pacifist Viking at 9:47 PM