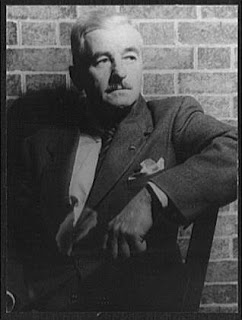 Part Three of William Faulkner's masterpiece The Sound and the Fury takes place on Good Friday. If you want to experience the greatest American novel, go read it.

At least for now, it appears The Big Lead is back.

David Carr is now a Panther (via Football Outsiders). In some ways, Carr seems everything Jake Delhomme is not, and vice versa. Interesting times ahead for the Panthers.

The Fanhouse talks about Bill Walton talking about Greg Oden.

And in non-sports news (sort of), according to Edge (via 3quarksdaily), humans are less violent than ever.
Posted by Pacifist Viking at 10:34 AM