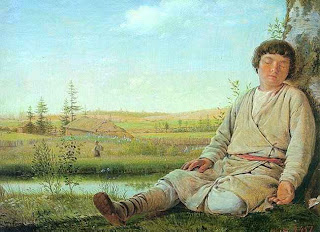 Sportish Links
Michael Silver of SI seems to think nobody has every played Madden. Hmm, what WOULD happen if every player in the league was available in a draft? None of us have ever tried THAT scenario. If I had to guess, I would say that some 33 year old defensive tackle will inexplicably be drafted in the top 5.

At the NY Times, Harvey Fierstein gives a gay man's perspective on the Imus fiasco in "Our Prejudices, Ourselves."

And further at the NY Times, an article on the origins of the upcoming tribute to Jackie Robinson.

Inside Higher Ed looks at an attempt to change college writing courses.

3quarksdaily has a lot of links to commentary on Kurt Vonnegut. And so another American literary icon bites the dust.
Posted by Pacifist Viking at 10:16 AM