Randy Moss and Bobby Layne (or, when character doesn't count) 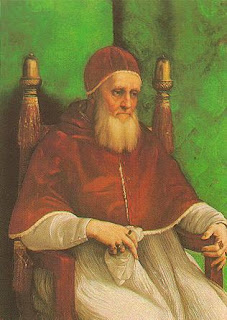 Dr. Z says that Randy Moss should not be a Hall of Famer:

"As long as I'm a selector, the Canton Highway will be a very difficult road for Moss. I don't care how many great years he gives the Patriots. The guy's a dog, and there are too many people who spent years of sacrifice without getting a sniff from the Hall."

So Randy Moss dogged it too much; he didn't try his best, and so it would insult those players who did sacrifice themselves to win if Moss made the Hall of Fame.

Here is a story that Hall of Fame RB Paul Hornung (himself suspended a year for gambling) recounts about Hall of Fame quarterback Bobby Layne (the story is recounted in several places: check this Lions blog for one retelling, or this Milwaukee Journal Sentinal article). Layne's Lions were tied 13-13 late in the game, and the Lions were in field goal range for the go-ahead winning score. Layne waved off the field goal unit and attempted to go for a TD on fourth down. The pass failed, and the game ended in a tie. According to Hornung, Layne had placed a large wager on the game and wanted to beat the point spread; a three point win wasn't going to win the bet. He was traded away that week.

So Bobby Layne, who allegedly cost his team a victory because he gambled on the outcome and attempted to win his bet rather than win the game, is in the Hall of Fame.

So you tell, Dr. Z, Hall of Fame voter: why is Randy Moss unworthy of the same Hall of Fame that currently includes Hornung and Layne as members?
Posted by Pacifist Viking at 6:23 PM