The 1961-62 Basketball Season Will Blow Your Mind 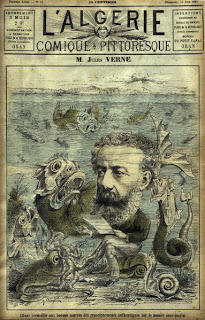 As I watch these NBA playoff games, I'm often browsing basketball-reference.com (an incredible database--easy to access information on statistics, awards, leaders, teams, etc.). Sometimes while browsing I find interesting things: interesting things like the 1961-62 season. And I realize this post is going to provide no original content, no insight, and no timely news. I don't care: I want to share the '61-'62 season with you anyway.

You've heard about this season. It is the season that Wilt Chamberlain had his 100 point game and averaged 50.4 points per game. It is the famous year that Oscar Robertson averaged a triple-double. The Big O didn't average any 10-10-10, though; he averaged 30.8 ppg, 12.5 rpg, and a league-leading 11.4 apg (you also might not know that Oscar averaged a triple-double over a 5-year period of his career, from '61 to '65).

With Wilt averaging 50.4 ppg (and a league leading 25.7 rebounds per game--this was one of five seasons Wilt led the league in scoring and rebounding, and he's the only player to do both in the same season. Wilt is also the only player to lead the league in rebounds per game and assists per game in the same season, which he did in '68. Tiny Archibald is the only guy to lead in scoring and assists the same year), and Oscar averaging a massive triple-double, which one of these guys won MVP?

Actually, neither. That would be Bill Russell, who led the Celtics to 60 wins (with 18.9 ppg and 23.9 rpg). That's sort of weird, too, since Russell wasn't even All-NBA first team. Bob Pettit did make All-NBA first team, despite leading his Hawks to a mere 29-51 record (of the MVP and All-NBA team, one or the other must have been voted on by reporters and the other by players).

The playoffs must have been exciting too. The Celtics won the championship, beating Wilt's Warriors in 7 games and the West-Baylor Lakers in 7 games (and in the playoffs West and Baylor pretty much matched their regular season numbers). This is also the year Oscar averaged a triple-double in the playoffs (though his Royals were upset in the first round by the Pistons).

Thank you, basketball-reference.com for distracting me from these playoff games and for making me wish Doc Brown and Marty McFly would come along in the Delorean to bring me to spring 1962--just for a few weeks. Though to be honest if I had a few weeks to spend in spring 1962, I'm not sure I'd spend much of it watching basketball.
Posted by Pacifist Viking at 8:58 PM