From center to guard: a brief history of the G.O.A.T. 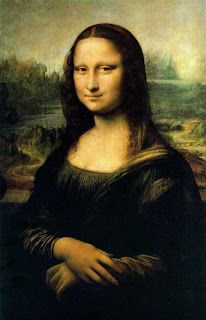 We might now look back on a debate between Wilt Chamberlain and Bill Russell as a question of the best player of the era, or even the best center of all-time. But at the time, they were the contenders for G.O.A.T. (greatest of all time), Wilt for his unparalleled statistical dominance, Russell for the fact that he almost always won a championship.

There were no guards of the era in serious contention. Jerry West is one of the greatest guards of all-time, but he never won an MVP or a scoring title. You must respect the versatility of Oscar Robertson, but it would be hard to argue that he was better in the 1960s than Wilt or Russell.

In the 1970s, Kareem Abdul-Jabbar came along to dominate the league. He legitimately deserved consideration with Wilt and Russell as G.O.A.T., a completely dominating force.

Through 1979, you could not raise a good argument for anybody as the G.O.A.T. other than Wilt, Russell, or Kareem.

And then came Magic Johnson and Larry Bird.

And then came Michael Jordan. Jordan tied Wilt's record with seven consecutive scoring titles (and went on to win three more after his first retirement), so he was clearly dominant enough to be considered with those great centers. He was versatile and ferocious. He was a shooting guard that eventually won six championships without a dominant post game for support (though for his last three titles, he had Dennis Rodman, the best rebounder ever, to support him).

This meant that Hakeem Olajuwon, who in the mid-90s played basketball about as well as it could be played, isn't in debates about the G.O.A.T. This means that Shaquille O'Neal, who was as dominant as a player could be, was rarely considered the G.O.A.T. (although Elliot Kalb called Shaq the best in his book).

Now when we look to today's players for the G.O.A.T., we look almost exclusively at shooting guards. Kobe Bryant is brought up. It is assumed that LeBron James will eventually be G.O.A.T. In the discussion of G.O.A.T., it's shooting guards that dominate the conversation, and post players are rarely mentioned. This means that even though everybody calls Tim Duncan the greatest power forward of all-time, nobody is calling Tim Duncan the greatest player of all-time.