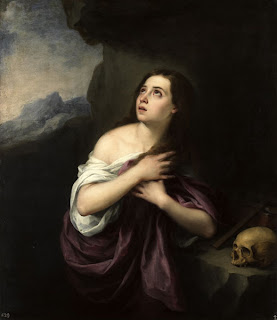 Lately on sports blogs I've gotten into more animal rights discussions than I really care to (I'm not forcing the issue--the Michael Vick dog fighting story makes the topic relevant--but still, it's not something I care to do all that frequently). I've made a decision about that.

And here is a long overdue All-Viking Blizzard.

From the Star Tribune
"Vikings: Henderson lands back in the middle" E.J. Henderson's play at linebacker is one of the reasons to be excited about the Vikings. It's amazing that a year ago the biggest question mark on the team was linebacker play--now it is one of the team's strengths.

"Winfield sends cautionary signals to team" Since Randy Moss was traded, Antoine Winfield has been my favorite Viking player to watch. He's one of the better tackling DBs I've ever watched. Hopefully he's on the roster next season without issue.

"Taylor: Peterson's arrival no bother to him" The backfield combo of Chester Taylor and Adrian Peterson is one of the big things to be excited about for this season: it should make the Vikes much more fun to watch.

Access Vikings, the Strib blog, is covering Viking offseason activities. I'm not a terribly big fan of the Strib Viking blog: it generally makes quick news reports (which can be useful), but the comments section is just inane.

From the Pioneer Press
"Chances running out for Udeze" Considering Udeze was a starting DE all season and recorded zero sacks, I would say those chances are running out.

"Doss shows himself to be a quick healer" Good news! With Doss recovering quickly from injury, the safety position won't be depleted this season. Without Doss, Tank Williams, Dwight Smith, Darren Sharper, and Greg Blue wouldn't have been able to handle the position.

Vikings Now, the Ppress Viking blog, isn't terribly good (considering I think the Ppress actually figured out how to use the internet less than two years ago, we should probably be impressed they have anything at all). However, I like Sean Jensen's reporting and commentary on the Vikings, and when the season comes it should be a worthwhile stopping point. And there are rarely comments, so there's a chance to set some sort of posting tone.

From Vikings.com
"Dwight Smith steadies young secondary" I kid, but it is a good thing the Vikes have so much depth at safety. I keep reading how it is one of the most important positions in the Cover-2, and the possible lack of depth at CB makes depth at S necessary

Posted by Pacifist Viking at 9:19 AM