Brett Favre's bed and why he can lie in it. 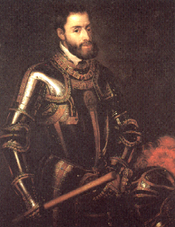 Michael David Smith at the Fanhouse points out that "Brett Favre Treats Randy Moss Different Than Javon Walker." Now even though two years ago I spent hours arguing about the Walker-Favre-Packer situation with Packer Fan Rob (I thought Walker was justified in using whatever little leverage was available to him, and I thought Favre detestable for siding with management against a fellow worker, especially considering how much more than Walker he was making), I think we can see these as two different situations.

However, there is a larger point raised: if Favre and/or the Packers had treated Walker's off-season contract demands differently two years ago, the Packers wouldn't have even needed Randy Moss: they have one of the best WR duos in the league with Walker and Donald Driver.

Javon Walker is an extremely good WR that was coming off an exceptional year, and he asked for more money. At the time, Favre wasn't upset with the Packer management for failing to do whatever it could to give him good support at wide receiver; at the time, the Packers took a hardline and Favre defended it, condemning Walker's behavior and openly stating that he hoped the Packers didn't give Walker a new contract. Clearly the decision was the Packers' decision to make; however, if Favre had quietly gone to GB management and suggested the importance of surrounding him with talent like Walker, Walker may have got a big contract and remained a Packer great. Instead, he held out of some off-season activities, got hurt game one in 2005, then got traded to the Broncos (where he was excellent: if you're not impressed with his total numbers--69-1,084-8, plus 123-1 rushing--remember that the Broncos ranked 26th in pass attempts and featured struggling Jake Plummer and rookie Jay Cutler throwing passes; according to Football Outsiders Walker ranked 16th in WR DPAR, which doesn't take quarterback quality into account).

When Brett Favre looks at the skill position players around him, he might be angry at the Packer organization and wish there were better players. But at WR (where they are OK: Driver is very good and Greg Jennings and others have potential), Favre is partly responsible for not having an incredible talent like Javon Walker.
Posted by Pacifist Viking at 4:23 PM