Why shouldn't Brad Johnson be benched? 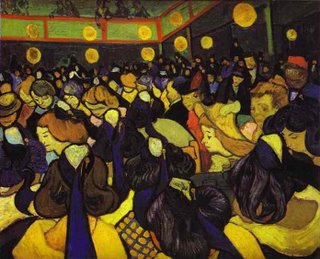 In Casablanca, when a woman asks Rick what kind of man the sleazy cop is, Rick replies, "He's like any man, only moreso." When it comes to calling for starting QBs to be benched, Viking fans are like any football fans, only moreso. But as Dick Vermeil would say, "They're right sometimes. More often than not, they're right."

In the last three weeks, the Vikings have gone 0-3 and scored 20 offensive points. Their quarterback has committed 8 turnovers in those three games.

Isn't that a serious problem in production?

The big defense of playing Brad Johnson is that he's a "smart veteran," that he "manages a game," that he "doesn't make stupid mistakes," that he "gives you a chance to win." But right now, Johnson isn't any of those things. He is an immobile quarterback without a strong arm, and he's committing turnovers. The offense is showing no creativity, and that's a problem too; however, Johnson just doesn't have the ability to make plays.

There's no reason to think of QB as a sacred position; benching a QB does not signal a cosmic shift. Players at other positions get benched, sometimes just for a few series. In the 40s, the Rams actually played two quarterbacks every game; future HOFer Bob Waterfield played the 1st and 3rd quarter, and future HOFer Norm VanBrocklin played the 2nd and 4th quarter. A quarterback can be benched, and when that quarterback is giving your team little production, lacks the skills to help your team, and is actually committing errors that hurt your team, he should be benched.

Whether you want to replace Brad Johnson with Brooks Bollinger or Tarvaris Jackson depends on your view of all sorts of things. But either would be better than Johnson right now.
Posted by Pacifist Viking at 8:49 AM