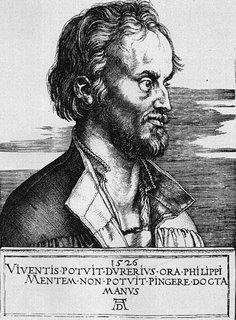 Hello Dolphin Fans
Thanks to the Dolphin fans at phinfeverforums and finheaven that linked here on message boards this week. I say this sincerely: you can tell something good about a fanbase when they get ready for a game against a non-conference opponent by going around the web to find what fans of that opponent are saying about their team. If it matters, Dan Marino was one of my two favorite players growing up (the other was Michael Irvin, so judge away).

But now I have to tell you some sad things. Right now, you can give yourself hope by convincing yourself that you haven't seen the real Daunte, that he came back before he was healthy, and that eventually he will be your franchise quarterback. I'm sorry to tell you that what you've seen so far is an enhanced-to-badness version of Daunte. He will repeatedly be breaking your heart. He gave us some good times in Minnesota, but repeatedly proved a disappointment.

And if you think that somehow Brad Childress or the Viking organization mistreated Culpepper on his way out of Minnesota, then you don't live in the Twin Cities. I won't rehash everything (the refusals to rehab with the team, the avoidance of the team, the demands for more money, the emails), but it's easier to argue that Daunte turned his back on the Vikings than that the Vikings turned their back on Daunte.

Not the reunion we expected
When first looking at the schedule, we all believed we would be seeing Daunte Culpepper facing the Vikings in a much-hyped reunion. We don't get to see Daunte this weekend, but we do get to renew another NFC North friendship with Joey Ha Ha. In truth, Joey Ha Ha had some of his best games against the Vikings; because while he was in Detroit the Viking pass defense was so atrociously awful, Joey Ha Ha put together a few impressive 300 yard games. However, Joey Ha Ha HAS NEVER BEATEN THE VIKINGS. The Vikes haven't lost to the Lions since before Joey Ha Ha got there. Fans in the upper midwest that watch a lot of football know as much what to expect from Joey Ha Ha as they do from Culpepper.

Viking Run Defense and winning
The Viking run defense is by far the best in the league, ranking #1 in rush yards allowed (599) and #1 in yards per attempt (2.92). Ronnie Brown won't be beating the Vikings. But the Dolphins will beat the Vikings if:
1. Their defense is able to exploit and shut down the retched Viking offense.
2. Their offensive line gives Joey Ha Ha time to scan the field
3. Our defense forces no turnovers.
The Dolphins have a good chance at achieving factor 1.; the only hope for the Viking offense is either Zach Thomas's slowness or some stupid cliche like "they're due." But we know Joey Ha Ha. I think the Dolphins are going to have trouble achieving either factor 2. or factor 3.

Around the League: The Tony Romo Experience
Possible Flurries and I have both picked up Tony Romo for our fantasy leagues this week. It's funny how things change in time. If on fantasy football draft night, somebody said to me, "During week 11, you'll be starting Tony Romo and Travis Henry," I would have drank more wine and gin than I did.

But it's a good weekend of TV football. At 3:15 it's Indianapolis against Dallas, and at night it's San Diego and Denver.

Enjoy the weekend, everybody. Except Packer and Bear fans.
Posted by Pacifist Viking at 11:42 AM