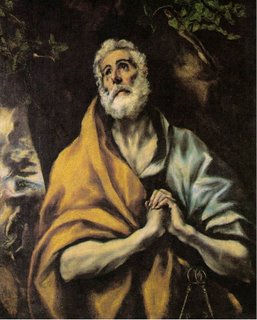 In my football watching days, I've seen 4 running backs that deserve legitimate consideration in discussions of "the greatest ever": Emmitt Smith, Barry Sanders, Marshall Faulk, and Ladainian Tomlinson. I've also seen some that are spectacular, but that nobody would consider the greatest ever for various reasons (Terrell Davis, Thurman Thomas, Edgerrin James, Priest Holmes). I think the best one is Emmitt Smith.

First, go look at his numbers. In his prime from '91-'95, Smith rushed for 1484 yards or more 5 straight years, with peaks of 1713 and 1773. He set the single season touchdown record (25), won 4 rushing titles, led the league in yards from scrimmage twice, led the league in touchdowns 3 times, won an MVP, 3 Super Bowls, and a Super Bowl MVP. A legitimate argument could be made that this is the greatest 5 year performance of any player in the history of the league.

He was no slouch as a receiver, either. He caught 40 passes or more 7 straight years with a high of 62. Admittedly, as a pass-catching RB he's not in Tomlinson's or Faulk's league, but then he wasn't asked to be, either.

The fact is, I think Emmitt Smith deserves serious consideration as THE GREATEST FOOTBALL PLAYER OF ALL-TIME.

Many people hold it against Emmitt Smith because he played on the Cowboys, a great team that won three Super Bowls and had a good offensive line. The theory goes that any RB would be successful with that line, or at least any very good running back. This is, to me, hogwash. There’s also a possibility that Emmitt Smith made his offensive linemen look better than they were. It is also clear that Smith WAS A PRIMARY REASON THEY WON THREE SUPER BOWLS. To hold the fact that a player played on championship teams against him, when he was directly responsible for the fact that they were a championship team, is senseless. Nobody would hold championships against a quarterback; why would anybody hold championships against a running back?