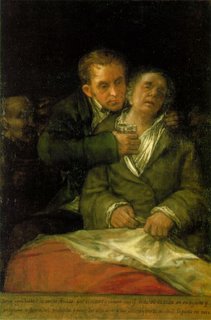 Brad Johnson's 5 TD passes do not even allow him to rank on NFL.com's list of TD pass leaders. He has started 9 games and has less TD passes than Seneca Wallace, Joey Harrington, Bruce Gradkowski, J.P Losman...well, I could carry on, but let's just say there are a lot of lousy QBs and QBs who have only played around half the games or less that have more TD passes. TD passes don't tell the whole story of a quarterback--but you still have to score points to win.

Worried about turnovers if you send in a young QB like Brooks Bollinger or Tarvaris Jackson? Why? Johnson has 9 interceptions (tied for 7th in the league) and 8 fumbles, 4 of them lost.

What about the team? The Vikings are currently #25 in the league in points scored, but that has been helped by four defensive touchdowns and one special teams touchdown. In fact, in 9 games the Vikings have scored 10 offensive touchdowns, and that includes TD passes from Ryan Longwell on a fake field goal and Mewelde Moore on a halfback pass. If you include the game with Longwell's TD, there have been 3 games this year when the Vikings failed to score an offensive TD.

At this point, what can it hurt? The status quo of Johnson running basic pass plays isn't working. Why not try a change, when the quarterback position is so clearly giving you such little production.
Posted by Pacifist Viking at 11:31 AM