Randomly looking it all over 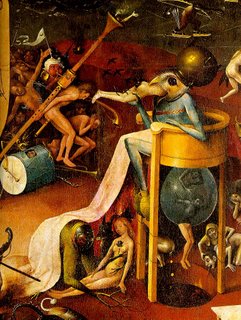 Looking at the current NFL standings is almost enough to help us make predictions about what will happen the rest of the way.

Points Against
Who cares about yards? Points allowed is the key to a defense. Three teams are very similar in their defensive production: the Patriots (144), the Ravens (147), and the Bears (137). Given that these three teams are also doing competently on offense, and each is traditionally known to have effective special teams, I would say your Super Bowl favorites are right there.

9-7 should get you in the playoffs in the NFC
The Daily Norseman has a nice listing of the current rankings to supplement NFL.com's current standings. As you can see, there are four division leaders, and 7 teams with 5-6 wins fighting for the last two playoff spots.

The Ragnorak has been charting this pretty well. A lot of these 5-6 win teams still have matchups with each other, so things are in the teams' control. This is good news for the Vikes: they have a chance to score an upset against the Bears this week, and their remaining four games (home for Rams and Jets, away for Lions and Packers) are winnable games. Or loseable.

But I don't see Dallas, Chicago, or Seattle losing their divisions. Carolina could knock of New Orleans (Panthers are a game behind, play the Saints one more time, and have already beaten them once).

Clearly, though, the NFC standings are a mess and one or two of these 5-6 win teams have to start playing their best football of the year starting in week 13. But some team that looks mediocre half-way through always ends up playing its best football late: Pittsburgh even rode their late run to a championship last year.

The AFC playoffs are going to be intensely fun
Currently the Patriots are 8-3, the Ravens are 9-2, the Colts are 10-1, and the Chargers are 9-2. Absolutely any matchups between any of these four teams in the playoffs should be spectacular fun to watch. Which of the four will get homefield advantage? If I were a betting man, and I am aware that I am not, I would pick Indianapolis and Baltimore.

The Jets, Bengals, and Jaguars each have 6 wins, and the Broncos and Chiefs each have 7 wins. Those teams are capable of making any of the games fun. I don't think any of them, though, are a match for the big four, but like in the NFC, one of these teams could start playing its best football from here on out.

The big matchups
Let's move over to the schedule and make a list of the games that are meaningfully good the rest of the way. Plenty of other interesting games are on the schedule, but these stand out.

Week 13
Baltimore at Cincinnati (Ravens are in control and can practically clinch the division with a victory. Cincinnati winning gives them a great shot at the Wild Card and a fair chance to catch the division title)
Minnesota at Chicago (the Bears would clinch with a victory; the Vikes would move to .500 and be done playing great opponents this year).
Dallas at New York (the Giants can stay alive; the Cowboys can continue their dominance. Good stuff).
Seattle at Denver (intra-conference games are fun, but at this stage of the year don't mean as much. Still, both teams need to keep winning. Absurdly, this will be Denver's SIXTH night game this year).

Week 16
Minnesota at Green Bay (I love this--and I still don't know what local network is getting the broadast coverage from the NFL network).
New England at Jacksonville
New Orleans at N.Y. Giants (man, the Giants' season is falling apart, and in a four week period they play teams that are currently 7-4, 6-5, and 7-4).
Cincinnati at Denver
San Diego at Seattle

Week 17
Carolina at New Orleans (any bets this game decides the division?)
Jacksonville at Kansas City (and this game could determine a Wild Card)
St. Louis at Minnesota (so could this one)
Posted by Pacifist Viking at 1:01 PM