Travis Henry is your 2007 Fantasy Demigod 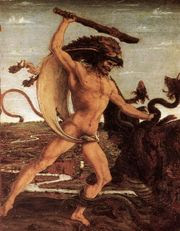 In your fantasy football draft, is it possible to overpay for Travis Henry now that he is a Denver Bronco? With mediocre Bills teams, he twice ran for 1,300+ yards and 10+ TDs. With the Titans last year, he rushed for 1,200+ yards. He's got a career 4.1 average per carry.

With his grinding style (though he also had 9 20+ yard runs in 2007), with the Denver Bronco system, line, and style, I expect something like 5.5 yards per carry (like Clinton Portis had in his two years in Denver--he could have been the greatest fantasy running back of all-time if he'd stayed). And he'll get the carries, and he's tough enough to keep running when he gets them.

Injuries are always the unknown, but right now, my FLOOR for Henry is 1,400 yards and 15 TDs. That's a floor. The ceiling cannot be seen at this moment.
Posted by Pacifist Viking at 2:25 PM