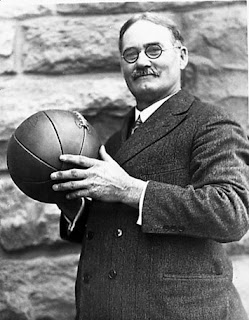 Everybody in Minnesota is excited about Tubby Smith. He's a big name coach that gives the U of M basketball program some legitimacy and relevance. Gopher basketball hasn't mattered since Clem Haskins, and now there's a chance it can be interesting again. Even as a UCLA fan, I'd rather have the local team be interesting, since that's the team I'll get the most news about. It's an exciting turn of events.

It's also the High School state basketball tournament time in Minnesota. When I was in junior high and high school, my dad and I would come to the Twin Cities and go to games Thursday afternoon and night, Friday afternoon and night, and Saturday afternoon. When we went back to the hotel, we'd turn on the TV to watch the NCAA tournament games. It was one of the highlights of the year; I watched sickly amounts of basketball in three days (it is partially the state tournament experience that makes me constantly remind the Beav that I've forgotten more about basketball than he'll ever know). Now I live in the Twin Cities but rarely make it to the games. Ce la vie, it's still a fun time.
Posted by Pacifist Viking at 11:44 AM