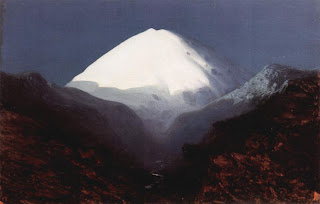 Vikings-Chiefs
Last week the Lions ran an offense that can bust up the Viking defense: don't even threaten the run (thus removing Pat Williams from the field), spread the field with big talented WRs, and go after the Vikings' small, inexperienced CBs. But the Chiefs don't have a threatening passing game: their strength is running back Larry Johnson. Johnson hasn't been terribly effective yet this season, and I don't expect him to improve this week: he's going to be running directly into the Vikings' strength. The Vikings can crush an opponents' very will to attempt a rush between the tackles.

Now who's the quarterback? Access Vikings says Jackson didn't practice Thursday, and Don Seeholzer argues that for this week, Kelly Holcomb should start. I agree that the Vikings should start Holcomb this week. It's not that Holcomb is a steady, reliable guy (I know him more for his 400 yard games, so I'm guessing his big games are matched with some pretty lousy games to make him a career backup). But the Vikings have a chance to win this game by a score like 16-13. Last week, the inexperienced Jackson made several costly mistakes that helped swing a close matchup to the opponent's advantage (though it was the more experienced Brooks Bollinger that fumbled the snap in overtime, giving Detroit a short field in order to set up the game-winning field goal: if the Vikes had simply punted, I suspect Detroit would have screwed up before getting down into field goal position). I'd like to see if Holcomb could get comfortable in the pocket, perhaps show accuracy on some deep throws, and generally avoid turnovers. He is a 64.6% career passer, so if he can contribute some solid completions in the passing game and refrain from throwing interceptions, Adrian Peterson and the Viking running game can score enough points to win.

Road wins aren't going to come easy for the Vikings this season: an early season matchup in Kansas City against Damon Huard might be the best chance.

Week Three Matchups
I'm not thrilled with any of the matchups this Sunday, but there are some interesting storylines that can turn on Sunday. Can McNabb and the Eagles turn it around? Will Ladainian Tomlinson get started? Are the Patriots going to continue to dominate offensively every week? Would it be cool if it turns out the Bears suck?

"At the end of the day"
Last week I predicted that a sportswriter would use the expression "at the end of the day" to refer to a team's 2-0 or 0-2 record. Unfortunately, my prediction was too specific, and I was wrong. All sorts of players and coaches used the phrase: for example, according to the San Jose Mercury News, Trent Dilfer said of Alex Smith: "Statistically, Alex is at the top of the league in my eyes because he's 2-0, and at the end of the day that's the only stat that matters." But considering athletes are answering questions from members of the media, and are expected to come up with spontaneous answers quickly, I don't think it's worth judging the players (generally, spoken cliches don't bother me because we speak "on the fly" rather than writing sentences in our heads and reading them: it is in writing, with a chance to think and revise, that cliches should particularly be avoided). Camille Powell did write "At the end of the day, the Ravens were just glad to even their record at 1-1." But I predicted the cliche would be used to refer to a 2-0 or 0-2 record, not a 1-1 record (and anyway, Powell may have been speaking literally here, for it was after the game).

So I was wrong.

A few links
The Ghosts of Wayne Fontes talk about the fantasy production and value of Reggie Wayne and Marvin Harrison.

Jeffri Chadiha is glad that Donovan McNabb is expressing his opinions.

In a wonderful post in the spirit of our bad sportswriting analysis, I Dislike Your Favorite Team takes apart Gregg Doyle's response to McNabb, which follows another good post at IDYFF on the subject.

Weekend
Sucks to you thunderstorm, modem, and internet provider. I'm not going to have internet access at home this weekend. While this is frustrating, I did go a year without home internet access not too long ago, and today I discovered that I missed literally nothing by not having internet last night (though one of the great benefits of home internet is being able to IMDB people you see in TV and movies you are watching, so I did miss that). It means I won't be able to check stats around the league during games, and it means I won't be able to blog about games Sunday night (expect posts on Sunday's action Monday morning, and Holy Hitter and WWTB can always chime in). It also means I might have more time to read, clean, and generally be productive. I'm like Agent Smith unplugged.

So enjoy your weekend everybody. Except Bear, Packer, Lion, and Chief fans.
Posted by Pacifist Viking at 9:17 AM