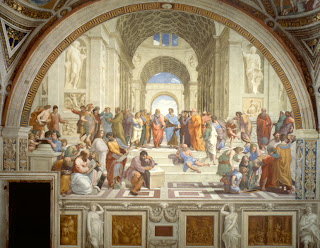 It's somewhat ridiculous how similar the career numbers of Dan Marino and Brett Favre look. Marino played in 242 games, Favre 244, and here are how their career numbers average out per game:

The differences are pretty negligible: by the cumulative averages, Favre and Marino are virtually the same player.

Let's examine some other numbers to compare the two players.

Career High Passing Yards in a Season: Marino 5084, Favre 4413
Another big advantage for Marino; as I've written before, 5084 is a very sturdy record.

30+ TD Pass Seasons: Favre 8, Marino 4
This is the Favre record I'm most impressed with: it's just tremendous to have 8 seasons with 30+ TD passes, especially considering 4 is the second most. I'm more impressed with a high number of really good seasons than I am with cumulative numbers. Favre also has a total of 12 seasons with 20+ TD passes; Marino has 13.

These are two very, very impressive careers: you can pretty much pick either over the other and justify it. Sure, Favre has the Super Bowl ring, but if Marino played with a #1 defense, and had Desmond Howard setting up field position, he would probably have such a ring too. And they're both winners: Favre has 149 wins as starter, Marino 147, and both have been known for fourth quarter comebacks. It's hard to make an argument that either Favre or Marino is clearly better than the other. Whether you prefer one over the other will depend on your allegiances and your personal preferences.

A few other notes:

While there is a lot of talk about Favre potentially breaking Marino's TD record and Blanda's INT record against the Vikings this week, did you know that Favre is just 10 attempts away from tying Marino for the career record in passing attempts? I'll be witnessing history! Egh.

While I dislike Favre immensely and like Marino immensely, I have to admit, it will feel special if I get to witness this record live, especially this record, which has meant a lot to me (remember, Marino broke Fran Tarkenton's record of 342 TD passes).

Really, I just want to see the Vikings win against the Packers. A Minnesota win over Green Bay gives me a feeling of physical euphoria that carries me joyfully through life; a Green Bay win over Minnesota drives me into the depths of anger and despair.
Posted by Pacifist Viking at 7:23 PM