Narcissism and Me: how Super Bowl IV defined my worldview 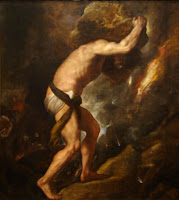 The Vikings-Chiefs game on Sunday is a rematch of Super Bowl IV, something nobody could possibly care about. But I do. Because I blame that game for everything. That's where it all started.

If the Vikings won that game, I wouldn't be raised by a generation of Minnesota sports fans that saw the Vikes go 0-4 in the Super Bowl.

If they won that game, I would never have heard a Packer fan make a joke about how the Vikings have never won a Super Bowl.

Oh, I know the neuroses would still be there: it takes more than a sport to create a gentile version of Larry David. But as a sports fan, no matter what happened I could always think upon the 1969 Vikings. Sure, I'd want to see the Vikings win a championship myself (and for that, perhaps Gary Anderson makes all the difference--perhaps there would no longer be any tension at all but for that). But it wouldn't quite be so futile. It wouldn't all feel so useless. The desperate feeling of emptiness would be something else. The hopes might not come off as so desperate. There'd at least be something in history that I could look back on to make me smile.

Instead, the Chiefs beat the Vikings, and all my sports fan nerves got twisted and frayed, so that sports become not an escape from the hazards and confusions of life, but a concrete reminder of all that is hopeless.
Posted by Pacifist Viking at 1:15 PM