The Next Ten: Steve Nash 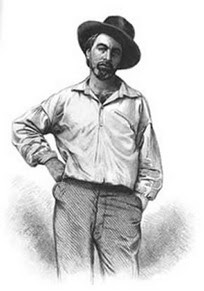 Steve Nash doesn't have the numbers to belong in this class. But all MVPs should be included, and though Nash's two MVPs are controversial, he still has two MVPs. And what he's done for the Phoenix Suns, the NBA, and the game of basketball has been outstanding. He's still in the process of one of the more memorable runs in NBA history.

Steve Nash is akin to Walt Whitman. Whitman destroyed conventional poetic form, pretty much inventing free verse. He revolutionized the very idea of poetry, remaking it in ways never before imagined. But he didn't just break from convention into free verse: he wrote spiritually moving, artistically inspiring, intellectually invigorating poetry. He opened everything up and made us see poetry differently, and nearly everyone approves. Nash has done something like that to basketball.