The Next Ten: Bob McAdoo 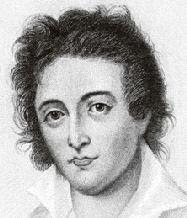 For the 96-97 season, the NBA named its list of the 50 Greatest Basketball Players. For 06-07, we at Pacifist Viking will be adding 10 players to the list. We are not the first to do so. But you know what? We're the best. We'll start not by adding a contemporary player, but by adding the most egregious omission from the 50th anniversary team.

How could anybody leave Bob McAdoo off the list of the 50 greatest players in NBA history? Evidently he's an unlikeable guy, because there is no justification for leaving him off the list.

He won an MVP. He was the only NBA MVP left off the 50th team.

He won three consecutive scoring titles (and all three seasons were over 30 points per game).

And later in his career he was a solid contributor on championship teams, earning himself two rings.

Are you going to tell me you wouldn't take McAdoo the player or McAdoo's career over Dave Bing, a guy who was on the 50th team?

McAdoo is one of the greatest players in NBA history. There's no way to say that a player who won two championships, three scoring titles, and an MVP isn't one of the 60 greatest players. We're adding him to the PV 60th Anniversary Team. And that means only 9 players from the post 96-97 era get added, but so be it. This isn't the first time we've written about the underappreciated McAdoo, and for good reason; people need to recognize the greatness.

Another part of this "The Next Ten" gimmick will feature matching a poet with the player based on arbitrary standards. For McAdoo, we've chosen Percy Shelley: spurts of short-lived brilliance, but enough of an ouevre to stand the test of time, though ultimately overshadowed by the other greats of the age (for Shelley Wordsworth and Keats, for McAdoo Kareem Abdul-Jabbar). You know, I've seen Shelley referred to as "Shelley," "Percy Shelley," and Percy Bysshe Shelley," but never "Percy B. Shelley." That sounds comically made up. So let me as an English professor begin to popularize "Percy B. Shelley."
Posted by Pacifist Viking at 2:16 PM