The Next Ten: Allen Iverson 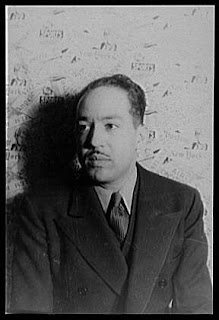 Allen Iverson has won an MVP and four scoring titles. He's led the league in steals per game three times. He's got a career regular season scoring average of 28 ppg (3rd all-time, behind only MJ and Wilt) and a postseason scoring average of 30.6 ppg. Without much talent around him at all, Iverson took the 76ers to the 2001 NBA Finals. He's a unique player and historically accomplished (only three other players--Jordan, Wilt, and Gervin--have four or more scoring titles). He is easily one of the 60 greatest basketball players of all-time.

Iverson is akin to Langston Hughes. Iverson is often credited with bringing the hip hop attitude to the NBA; he refused to compromise his life, attitude, or image for anyone. Hughes is credited with bringing the rhythms of black music (jazz and the blues) into poetry. Hughes also refused to compromise his artistic vision: he famously said that a black poet that wants to be known as a "poet" and not a "black poet" is trying to write like a white poet, and he expressed unconcern over whether white people liked his poetry or not.

(photo by Carl Van Vechten, in public domain)
Posted by Pacifist Viking at 10:57 AM