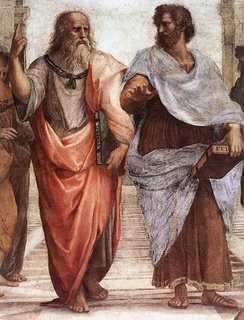 In the early 90s, the Cowboys and the 49ers were the two top teams in the league, and they played each other in three consecutive NFC Championship Games ('92, '93, '94). This was during a run in which the Cowboys played in four consecutive Conference Championship games and the Niners played in a whopping 10 Conference Championship games in 18 years. The NFL championship was basically determined when these teams played; all season long, nobody seemed to believe anybody could beat the Niners or Cowboys in the playoffs and it was assumed they woulc play each other to win the championship.

These teams were absolutely LOADED with talent. The peak year was in 1994, when the 49ers had ten Pro Bowlers (including HOF quality players like Steve Young, Jerry Rice, Deion Sanders, and Ricky Watters). The Cowboys had eleven Pro Bowlers (including HOF quality players like Troy Aikman, Emmitt Smith, and Michael Irvin). Both teams also had a lot of non-Pro Bowlers (that year) that are very good (and made Pro Bowls in other years); the 49ers stacked up on aging veterans looking for a title that year. I actually consider that 1994 49er team to be the best I've ever seen.

I don't know that any of the four teams remaining have that much talent (there were 28 teams at the time, and this was early in the free agency era). But it still feels like Indianapolis-New England is a huge game with great players and big names.

It's one of the best football weekends of the year. Only the great teams are left, the games have a lot at stake, but they're played in a home stadium and they don't have the crushing finality of the Super Bowl. It's going to be lots of fun.