What do we know now? 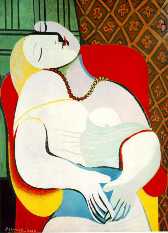 However, at this point every team has played 4 or 5 games. Here are the semi-outlandish claims I would like to make after seeing things go down these weeks.

More than half of the NFC's teams will finish .500 or better.
There's going to be a glut of teams right around 9-7 fighting for playoff positions. Philadelphia and Chicago should win more. But I see Dallas, New York, Minnesota, New Orleans, Carolina, Atlanta, Seattle, and St. Louis finishing with between 8 and 10 wins.

Tatum Bell is on his way to a rushing title.
Check out the rushing leaders; despite splitting carries for the first two games, Bell is seventh in the league in rushing, but he's only played in four games, and five of the six players in front have played in five (and none of them have ever rushed for as many as 1,300 yards). Now that Shanahanigans has settled his confidence on Tatum, and considering the quality of backups behind him, Bell should lead the league in rushing. He's always had great yards per attempt, and the Bronco system is, of course, legendary. The Broncos still play Oakland twice, Cleveland, Indianapolis (in Denver), Arizona, and San Francisco. They've also got some tougher defenses on the schedule, but the Broncos have proven over the years the ability to run against anybody.

That's all I've got for now, and they're only there because I'm in the middle of a six day respite from grading papers but still have five straight hours in my office today.
Posted by Pacifist Viking at 1:20 PM