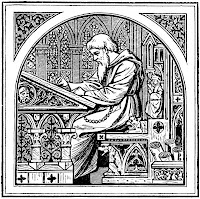 Combine
The combine is like preseason: football news, but devoid of content or meaning. It's all abstract potential. Free agency and the the draft are different: there, we learn that Player A will be playing for Team B. That's actual content and meaning. I give only tangential attention to the combine or preseason.

Getting up for free agency...again
For several years, I've gotten excited for free agency and the possibilities for the Vikings. For several years, I've gotten excited about particular players they've signed, many who did turn out to be outstanding performers for the Vikes (Antoine Winfield, Pat Williams, Steve Hutchinson). But the Vikings still haven't had a 10+ win season since 2000. We get excited for all the ways the Vikings can improve, but when I keep doing it every year, and they're still basically an 8-9 win team (which they've been four of the past five seasons), I start to get skeptical about what's really going to change.

Tone
While there are objective arguments to be made in sports, discourse on sports usually recognizes the inherent subjectivity better than discourse on other subjects. I root for the Vikings and RK roots for the Packers, and we both must know that there's no moral "truth" to the way we view and root for the NFL. Discussing sports simply requires recognition of different subjective vantage points.

But sometimes in sports blogs I notice a tone that I'll call "self-righteous smuggery." Sometimes a blogger writes as if it is completely ridiculous that anybody sees the world differently than said blogger. It's not when people write about their own favorite teams: a self-aware "my team is good and your team is bad" type of writing is usually in fun, and expressing emotions about sports (or issues) is not a bad thing. It sometimes comes up when writing takes a social or ethical (and sometimes statistical) angle. Even when I agree with what the writer is saying, I find myself annoyed and resistant. It's not a matter of content: it's a matter of tone and word choice. In my opinion, such a tone doesn't explore ideas or advance the discourse on a subject as well as it could; such a tone instead seems to try hit readers in the head with an attitude of superiority. I certainly recognize that there is a place for such writing--on some issues, it is justified to consider one's viewpoint moral and other opinions ridiculous. I'm just pointing out that it sometimes turns me off.

I'll try to be conscious of tone on this blog. I of course have strong opinions I want to express, and I often wish to refute what I see as illogical arguments or faulty ideas. But I'll try to do so with an effort toward discussion, not an effort to insult those who might disagree with me.

Besides, we have What was that bang? to occasionally affront people.

Links
Bryant McKinnie was arrested (Star Tribune, Pioneer Press). How do you feel whenever you learn that another Viking player has some legal trouble? I usually have a desire to pretend it isn't happening.

The NY York Times Movies page has a story about Baron Davis's love of and involvement in film. I enjoy reading about other facets of athletes' lives.

PFT writes that there isn't much of a market for Donte' Stallworth. Oh, Vikings, please sign a guy with a career 15.1 yards per reception. He may not be a stud, but he can make plays and stretch the field.

MJD has a funny replacement for the Wonderlic Test.
Posted by Pacifist Viking at 8:46 AM