Peeking in at NBA rookies 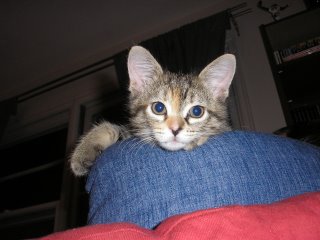 Thabo Sefolosha
Thabo is only playing 13.2 minutes per game. However, that is probably enough for him to achieve his goal of being the greatest Swiss basketball player of all-time.

Adam Morrison
Morrison has taken his Marxism way too seriously. Sure, he's getting his points, averaging 15.0 a game. But he also seems intent on allowing everybody else to get their points too. No, not his own teammates: he's averaging 2.1 assists per game. I'm talking about his opponents. He keeps getting lit up by the player he's supposed to be guarding. Equality is a beautiful thing, Adam, but on the basketball court you should try to score more points than the guy you are guarding.

Jordan Farmar
Farmar went pro and is making millions of dollars. Meanwhile, the team he led to the NCAA title game last season is ranked #1 in the nation. The best thing about Jordan Farmar right now is that Darren Collison has been a good replacement for him.

Randy Foye
T-Wolves coach Dwane Casey clings to the absurd belief that the Timberwolves have a present. They don't. They may or may not have a future, but playing Randy Foye 15.6 minutes per game isn't doing a lot toward making one.
Posted by Pacifist Viking at 11:05 AM