On the synthetic NBA basketball 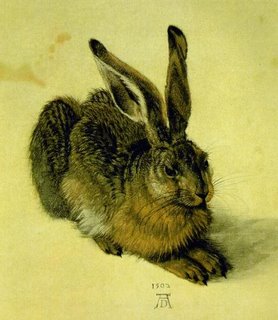 There is some controversy over the NBA's switch to a synthetic basketball this season, instead of using a leather basketball as in year's past.

As many of you may not know, in my spare time I'm a vegetarian and have a general concern for animal rights and welfare. I realize that most Americans have an automatic defensive hostility to vegetarians and people who talk seriously about animal rights; that's fine. I understand that if you like your pet or were moved as children by such works as Bambi, Old Yeller, or Charlotte's Web but you also think it's OK to eat animals, you've probably got some internal issues to work out. I went through a great deal of intellectual hand-wringing over the issue before I found out chickens have individual personalities and decided I didn't want to eat them anymore.

But I'm not here to debate eating animals. Seriously, in wrestling with the issue I think I've heard every argument for and against animal consumption; hell, I think I've made most arguments for and against animal consumption. No, I'm not trying to preach. I know there are a lot of contradictions and moral inconsistencies when it comes to human use of animals (for an objective look at the issue, see Harold Herzog's "Human Morality and Animal Research: Confessions and Quandaries"). I'm writing this because I'm guessing there aren't a lot of sports bloggers who are vegetarians or concerned with animal welfare, and I thought I could provide a unique perspective.

When you use a leather basketball, you are using the flesh of a dead animal for a game. For entertainment. While you may be able to carry on a reasonable argument that animals can and should be used for things necessary or beneficial to humankind (like medical research), I can't see a reasonable argument that the dead flesh of an animal is a reasonable thing to use for games and entertainment. The only real defense is that the animals are being killed for their meat anyway, so we may as well use the leftover skin for something. I suppose that works as a pragmatic argument, but I'm not sure it's a very sound moral argument.

I really hope the synthetic ball works out and that over time the players get used to it. There's going to be an adjustment period in a change like this, but I think over several months (alas, maybe years) players will adjust to the point they don't even think about it. After all, according this article from PETA, the same decision was made for the NCAA and I haven't heard a great deal of outrage in college basketball. My guess is that high schoolers use all sorts of balls to play, and it's not that hard to adapt to the NCAA ball; meanwhile, NBA players have been playing 82 games a year for years with the same ball, and have evidently forgotten that they probably grew up playing with a variety of balls (no jokes), indoor and outdoor.

Furthermore, I'm a little disappointed with human scientific capability if we can't devise a synthetic basketball that has the same features as leather. They're obviously very close to doing so; a lab-created ball does indeed have most of the features of a ball made from animal skin. Perhaps we should be impressed that they've come this far. I hope scientists are able to go even further; if the synthetic basketball could have the very same qualities as a leather basketball, there would be no discussion, no debate, and no real reason to use real leather.

I hope that in the future when considering this "controversy," you don't just see it as a debate between two types of materials, or two different ways to make a ball. There is a moral question as well. One type of ball requires that animals be killed for it to exist (according to PETA, one cow makes four basketballs); the other type requires that no animals be killed for it to exist. That's at least worth considering, isn't it?
Posted by Pacifist Viking at 12:01 PM