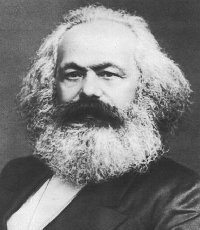 This leads to one of the major excesses of capitalism: the belief that to pay for labor is to purchase a man for a limited duration. By accepting a paycheck, you are no longer considered an independent person; you now owe your employer the total effort of your body and mind to the ends of the employer. You have sold your total effort for a set duration.

The excess is that you don't pay for goods and services; you pay for a man's efforts to your ends. The employee now owes his employer total effort, and if he is "morally good," he will provide that effort.

This is a dehumanizing ethic.

This ethic often gets extended into sports. This week Peter King comments on Terrell Owens saying "On the field sometimes, I'm not really into it. It's almost like I'm kind of faking it. I'm not happy, and it really was affecting my game."

If there's anyone left on Planet Earth who supported Terrell Owens and rooted for him, I submit to you there is now officially no reason to do either for the rest of your life.

Terrell Owens got a $5 million bonus this year, and makes a salary of $5 million. He had a workout bonus of $1.1 million, which I doubt he qualified for because he had better things to do this offseason than, God forbid, actually work out regularly with his team to get ready for the season. So let's forego the workout bonus and just deal with the $10 million. If you divide $10 million by 17 (the number of weeks in the regular season that players get paid for), it comes out to $588,235.29 a week.

Peter King, like many sports fans, has internalized the bourgeois ethic that places moral value on hard work, and that assumes that getting paid means you owe total effort. Thus, he tells us, regardless of whether Owens is happy, he has accepted money, and now he owes total effort. By failing to put forth total effort (by not accepting that getting paid means he has sold his mind and body for a set duration), Owens is "morally bad" and, according to King, nobody on planet earth should root for him.
Posted by Pacifist Viking at 11:53 AM