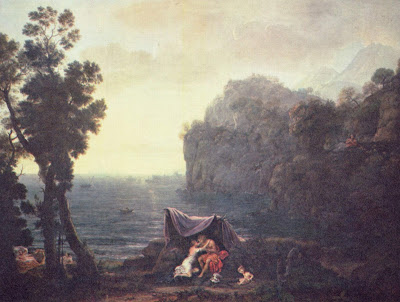 The Vikings have played 47 seasons. Brett Favre started for the Packers for 16 seasons. ONE THIRD of the Vikings' history has been spent competing against Favre, in games twice a year, for the division title frequently. The last 16 seasons of NFC Central and NFC North football have been dominated by the presence of Brett Favre.

But now an era has passed. Something that oozed with dark full energy is now gone.

The division takes a new shape. Rivalries take a new form. The world is now full with possibilities. Anything can happen.

Perhaps the old forms will no longer oppress us. Some of us have lived with the football world as it is for as long as we've followed football. But now something is changing. Of course we knew one day it must change, as all things must change. Still, it feels surprising and vital. Something to celebrate. Something to fill us with hope.

Many will speak of this as a time to mourn, to reflect, to remember. Others see it as something to celebrate. We are liberated. We are free. The haunting specter, the grim shadow, is no more. We have been crouched in self-dug holes, prisoners of our own anger, our own hatred, our own bitterness. Today we crawl out; today we rise and stretch.

Indeed, the wicked witch is dead.
Posted by Pacifist Viking at 8:06 PM