Here's something nobody should possibly care about: 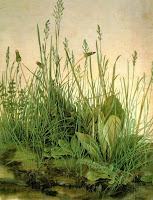 Whether or not an MVP is a unanimous choice.

Honestly, who gives a shit? It's an award that is voted on, so it's already subjective. Who really cares whether a player gets all the votes, all but one of the votes, or even just a majority of the votes? Years later people will look back and see who won the friggin' MVP, and they're not going to really give a shit that the player wasn't the unanimous MVP. He was the MVP. That's it. As far as MVPs go, that's what matters.

So if you're complaining because Tom Brady was MVP but not unanimous MVP, [insert some sort of insult here].
Posted by What was that bang? at 11:54 PM